According to studies, in order to be happy, you need a close circle of friends. I checked to see the kinds I have in stock

This week I watched, along with another 15 million people, a fascinating TED talk of some researcher named Robert Waldinger that deals with the question of "what makes us live a happy and healthy life?". This Waldinger is the fourth researcher to head the Harvard research group that for the last 75 years has been researching the lives of about 724 men from two different socio-economical groups in Boston.

The researches followed the subjects' physical and mental status since they were little snotty children and up to their old age and death. Their family members were interviewed, their wives were investigated and their divorcees were hassled. The researcher's conclusion from this long research was quite short: as opposed to what you might think, it is not money or fame that makes you happy, but rather a close relationship with your family, friends and community. According to the study, whoever had long lasting relationships with close friends lived longer and happier, regardless of cholesterol levels, his affection to foods containing high levels of fat, salt and sugar, or whether he had gone to vacation on a private island or a flea motel that’s literally called Flea's motel.

If happiness lies in close relationships with family and friends, it's worthwhile to start working on it. Because, as you know, you don't get to choose your family, and you are usually born into an existing bunch of characters you've inherited. Sometimes you get a nice family, and sometimes you get the Adams family, a bunch of annoying petty little freaks with whom you're forced to spend excessive amounts of precious time simply on merits of a shared great-grandfather. This loose connection forces you to hang out with them every single Seder and share an unnecessary conga line at every single wedding.

Even the close family which you've built yourself with your wife is not completely under control, and doesn't always give you joy. Despite repeated attempts to educate them, your effect on your children's personality is dubious at best, and sometimes you wish you could terminate their employment and cut away their funding, or just get on Craig's list and find a new family altogether. Not only do they have no positive affect on your health, they sometimes really upset you, causing your blood pressure to skyrocket, inducing pain in your chest, enlarging your prostate and making your hair fall out. It's sometimes hard to understand how exactly they're related to you, and what is it in your genes that makes them so unbearable.

But those who you can pick and choose, with some control over the process, are the friends you've collected throughout your life. Friends are indeed a wonderous thing, and according to the study, they can help you become healthier and happier. But one must remember that the issue of friends is not free from interests and hardships, and in order to maintain it and organizing it, we must begin in categorizing friends and define our mission objectives.

Usually refers to a group of friends that are over 50. The name can be attributed to the fact that they belong to a generation that still smoked Parliament cigarettes. They enjoy hanging out with each other, or at least the fact that they are not currently hanging out with their wife, who's traditionally left at home. They generally tell each other stories about the events of their passing week and argue about politics and other news related issues. Alongside political debates, which could otherwise resemble British Parliament if it wasn't for their tone, the weekly meetings also include dining and harassing waitresses just like it used to be before the #MeToo era. There hasn't been a single member of these parliaments who has ever agreed to change his political views on the basis of these gatherings.

Popular among men who farted on one another in bootcamp, lied in an ambush together or with the girlfriend of one of the guys from the battalion when he was gone for the weekend. Even decades later, they posses a warrior bond that cannot be unwound. It's true that, as time passes by, you realize that the people you carried on your back on a stretcher in your youth believe in the complete opposite of the values you hold dear, including in issues of global warming, vaccinations and even trump. But still, the people you bunked with in bootcamp, or stationed together for a year on some godforsaken hill top, are friends for life, even if the only military activity you can still do together is watching Fauda.

The oldest and most dangerous friends. Their main disadvantage is that you can't fake stories about the past to reflect your new changed image, because they would know. If you used to be the class nerd, trying to tell them about how you're the man's man who killed Qassem Soleimani is going to be a hard sell. But then again, you do get extra points for being super fit if you used to be fat, or if you used to be an ugly kid and now you're on the cover of Vogue.

This is an ad hoc group that came together solely to fulfill your kids' needs such as carpool, parent teacher conferences and slandering teachers. Sometimes a true friendship between parents can form within the group, usually outlasting the short friendship your children had when they went to kindergarten together. By the way, they totally hate each other now. However serious your friendship might turn out to be, they will forever remain saved on your phone as "Stephen Joey's dad" or "Carol Leah's mom - pretty hot".

One of the secrets to a happy marriage is separating your friends. And especially from this group of your wife's childhood friends, you'd best keep away. You didn't willingly choose them, and they are most definitely laughing at you behind your back because they're more intimate with you wife's darkest secrets than you are, and they have a lot of unamusing private jokes that you have no part in. Like when reminiscing about toothless Schwartz falling into the Mississippi River. Who's this Schwartz, and what the hell happened to his teeth? And wouldn't I be better off falling into the Mississippi river than being here right now? But regardless of it all, you keep coming to these gatherings, first, because you're wife really wants you to, and second, because you there's this guy that you just know has a crush on her since the eight grade, and you need to be there to deter him.

I haven't found ones yet, but I see them all around me, groups of bike riders, joggers, soccer players and the likes. There are also friends for square dancing, but take into account that your partner might abandon ship if you mess us the routine.

In addition to friend groups, it is also important to make personal friends in these key positions:

It is essential to have strong friendly ties to at least one doctor, or 30. Everybody knows that real friendship means you can call in the middle of the night if you have a tooth ache or an accelerated pulse you're absolutely positive is a stroke, even though you probably just had too much coffee. And of course, a doctor friend is worth more not for his published research pieces, but for his ties to other doctors, and how that translates into cutting the line for you to make an appointment. But one question remains unanswered, why does this doctor need you? What can I possibly give him that can possibly equal what he has to offer? All I can do is encourage him to call me 24/7 to hear me sing my greatest hits live.

Similar to the doctor friend, it is crucial to keep a friend who's good with his hands, that compared to you actually can drill holes in the wall and build book selves from scratch. In today's technological era it is also important to have a friend who's computer and cellphone savvy. It can save you a call to the computer technician every time you accidentally leave the Caps Lock on.

The Friend from the Opposite Sex

This friend will allow you to get a perspective about relationships for the other side, and help you better understand your problems with your partner. It also retains constant tension that convinces your partner you still got it and can have relationships with people from the opposite sex. Attention men, make sure you're not just the Technical Friend (see above).

As weird as it may sounds, sometimes you need a friend to counter all of your successful friends, and make you feel successful. That unemployed friend whose family hate him, who's got no other friends and who thinks you're a prodigious mix between Bill Gates, Super Nanny and George Clooney. A monthly meeting with him will restore your confidence in your success, at least relatively.

Being rich and generous doesn't always go together. The advantage of such mix of traits is that this friend can help you in times of trouble, start a business with you or pay for you in expensive restaurants. But you should take into consideration that for him, you might be the Loser Friend (See above). Otherwise, what does he need you for? 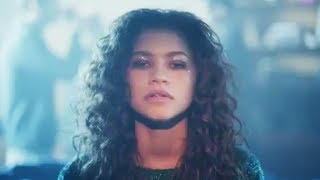 The Israeli Mind: How the Israeli National Character Shapes Our World